Why sexual repression ( or worse no sex) is a bad thing

Not that I'm quoting Martha Stewart (actually she says "it's a good thing"), no I'm quoting Bettie Page the 1940's pinup queen.

"Women who don't express themselves sexually become repressed,"and that causes them to suffer." Bettie Page

It stands to reason that repressing yourself wouldn't be that great for your overall equilibrium. I'll go one step further. I think good sex is one of the top five things you can do for health behind whole food, clean drinking water, minimizing the toxins you are exposed to, and exercise. I mention to my patients that when I started as a sex therapist, I used to say that sex felt great, and was good for your relationship, but now I talk about how important it is for your overall health. Dr. Daniel Amen claims that "if your partner is denying you sex, they should be charged with attempted murder". A little extreme, but the benefits of regular sex, and orgasms should not be minimized. Here's the quote from Forbes magazine:

"Having regular and enthusiastic sex,  confers a host of measurable physiological advantages, be you male or female. (This assumes that you are engaging in sex without contracting a sexually transmitted disease.) 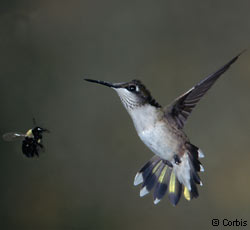 In one of the most credible studies correlating overall health with sexual frequency, Queens University in Belfast tracked the mortality of about 1,000 middle-aged men over the course of a decade. The study was designed to compare persons of comparable circumstances, age and health. Its findings, published in 1997 in the British Medical Journal, were that men who reported the highest frequency of orgasm enjoyed a death rate half that of the laggards." They list fifteen significant positive findings of good sex.

Read the rest of the article at http://www.forbes.com/2003/10/08/cz_af_1008health.html  I could go on and quote over a hundred other studies siting good research about why it's so good for you, but you get the picture.

As for sexual repression, the argument becomes even more pronounced. Denying yourself, your pleasures (providing they are safe, of age, and consensual) diminishes who you are to a large extent. I have never been as sad as counseling someone who has lived her life trying to live up to her family's expectation and deny her sexual orientation, and in the process made herself miserable and sick.  Take a chance sexually, and live a little. Hell, if Bettie Page could step out in outfits like the one above in the late 40's, then you can take a chance on love and lust well into the new millennium. Go ahead, I'm cheering you on.

May 27, 2008By SueLeave a comment
The Top male sexual fantasies? Sex with two women? Sex with three women? You might be surprised…Why a steady guy makes you less interested in sex