Jim Flaherty, Mission Statements and why smelling the roses are important 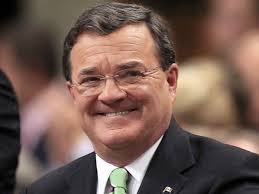 I met the former cabinet Minister Jim Flaherty in an elevator one afternoon in Ottawa. After exchanging pleasantries, he complemented me on the points I had brought forth during a CTV panel I had just finished. Minister Flaherty as it turns out was in the green room before me and caught my 30 seconds of fame on sex and Canadians. He had that innate charm of successful politicians where in the moment that you have his attention you feel like the only person in the world. I left the encounter smiling and charmed.
So I was saddened to hear news of his sudden death earlier this month.
As when anytime someone dies early, it makes you ponder your own mortality. Jim Flaherty’s demise a few weeks after his retirement from a very stressful career is a reminder for us to stop and smell the roses. Slowing down and finding balance is the easiest thing in the world to say, but near impossible if you don’t schedule it. Slowing down and taking time for yourself can be difficult to do between work, kids, aging parents and life in general.
So where do you start? As a sex and relationships therapist I spend much of my day suggesting happiness is found in intimate connections and a greater community. I tell individuals that if couples don’t schedule time in their day to talk and touch, their relationships rarely make it. I also think finding time to get horizontal is important in your week as well.
So when I had a chance to poll a group of female doctors at one of the Federation of Medical Women dinners I asked, “what was their doctor’s prescription for health and happiness?”
I heard the usual advice about “eating low inflammation foods, exercising, moderating alcohol and giving up smoking”. But these physicians also mentioned “having a life’s purpose, hydrating yourself with lots and lots of water, and increasing the Vitamin D and B Complex”. There was also a mention of taking holidays. Like most Ontario physicians, these were women who were run off their feet and were all craving unstructured beach time. But like the rest of us, they were finding it difficult to fit it in to their lives.
I am paraphrasing, but internet pop culture guru Mark Manson says that you can’t create happiness. You can only pursue goals and the accomplishment of these goals produces happiness as a by-product. Realistically, how many of us list working harder as a goal? Yes, generally having more money, recognition of our work or personal prestige causes brief smiles. But what accomplishments really generate genuine happiness? My husband and I have a mission statement that outlines how we want to live and where we want to be. We really try to walk the talk. When decisions are made, they are in accordance with the statement (that is reviewed at least annually in lieu of New Year’s Resolutions). By making decisions that follow our own values, we get closer to accomplishing things that will generate happiness as a couple. In our statement, we list spending time with friends and family, traveling and making sure there is touch time daily between us. When opportunities for more income present themselves, sometimes they have to be turned down if the personal cost is too high. We both function at our best when our connection is very strong. Taking the daily time to ensure we are on the same page and feeling close is an investment in our productivity as well as our relationship. We also recognize that our most valuable asset is our time, as it cannot be replaced. However, if a decision is made in accordance with priorities, it seldom steers us wrong.
So with great respect to Jim Flaherty , I submit, take the time to figure out where you want to go and what is truly most important in your life. Set out time to make that happen. And learn to say “no” both to yourself and to others when you are maxed out and still being pushed to give more. There will be ample time for everything, or at least it will seem so, when priorities are being fulfilled, life is in balance and there is a general feeling of happiness throughout you.